Jun 14 / Holly Leake
It is commonly assumed that all dog training is scientific and accurate, nevertheless, this is not the case and since the dog training industry is still unregulated, there are many self-pronounced trainers promoting training concepts that are complete myths. These myths are then promoted in movies, social media and dog training entertainment, completely misleading the public. With so many dog training shows promoting old fashioned training, it is no wonder that so many dog guardians are left confused about who to turn to.

So in order to address some of the common falsehoods promoted about dog training, this blog is going to consider 3 shocking training myths and why they are definitely not true.

I was dog walking one of my reactive dogs recently and during the walk an elderly gentleman approached with his dog. I quickly got out my emergency treats and asked my dog to do an emergency U turn, so that I could calmly increase the distance between my dog and his. Just when I thought he was leaving, the gentleman stopped and shouted, “That’s not dog training, that’s just bribery”. I smiled and replied, “Would you be willing to work for nothing? We all need rewards to achieve difficult things and we wouldn’t apply for a job if we knew we wouldn’t get paid. Why would dogs be any different?” The gentleman just looked at me puzzled and walked away. 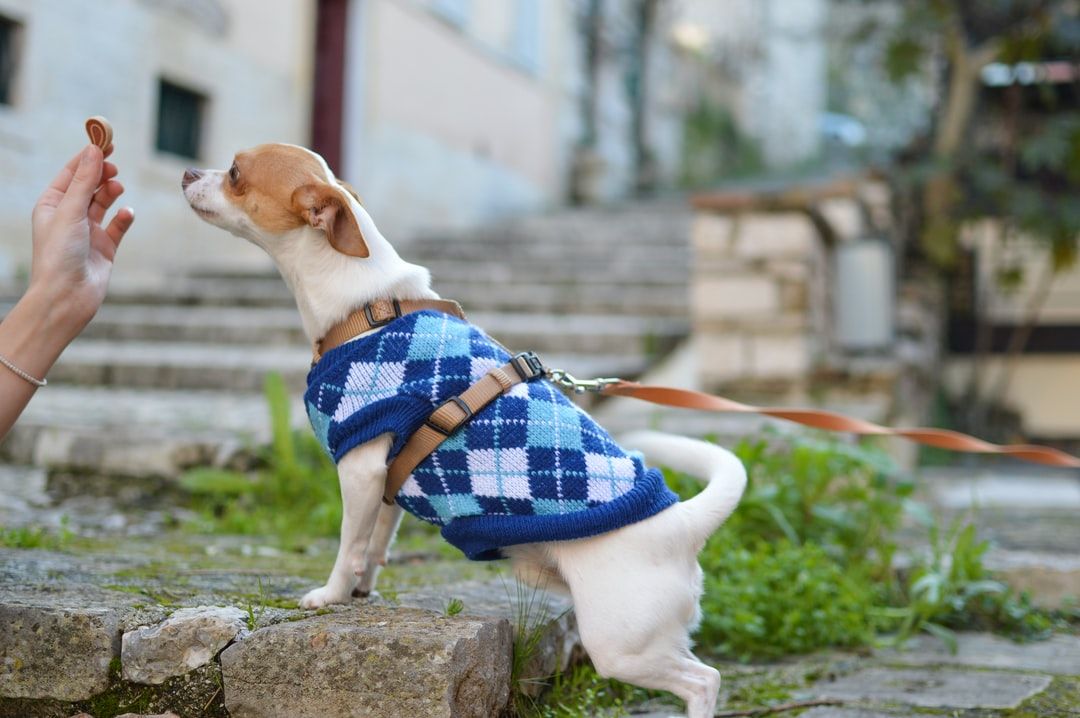 The myth of using food being equal to bribery, is a very common one and its often promoted by balanced trainers that rely on force and intimidation, rather than behavioural science. Dogs learn through association, so if they learn a certain behaviour results in something pleasant, they will want to repeat it.

Qualified dog trainers utilise food, toys, praise and play to reward specific behaviours to increase the likelihood of a behaviour being repeated. Desirable treats increases the level of dopamine in your dog’s brain, thereby changing their emotional state. This creates a positive association and motivates them to stay engaged. Dopamine also helps to regulate memory, cognition, attention and behaviour, therefore, training with food is the most effective, kind and fun way to train your dog. Thus, it is certainly not bribery if your dog is eager to work and earn that reward.

You Need to Be The Alpha 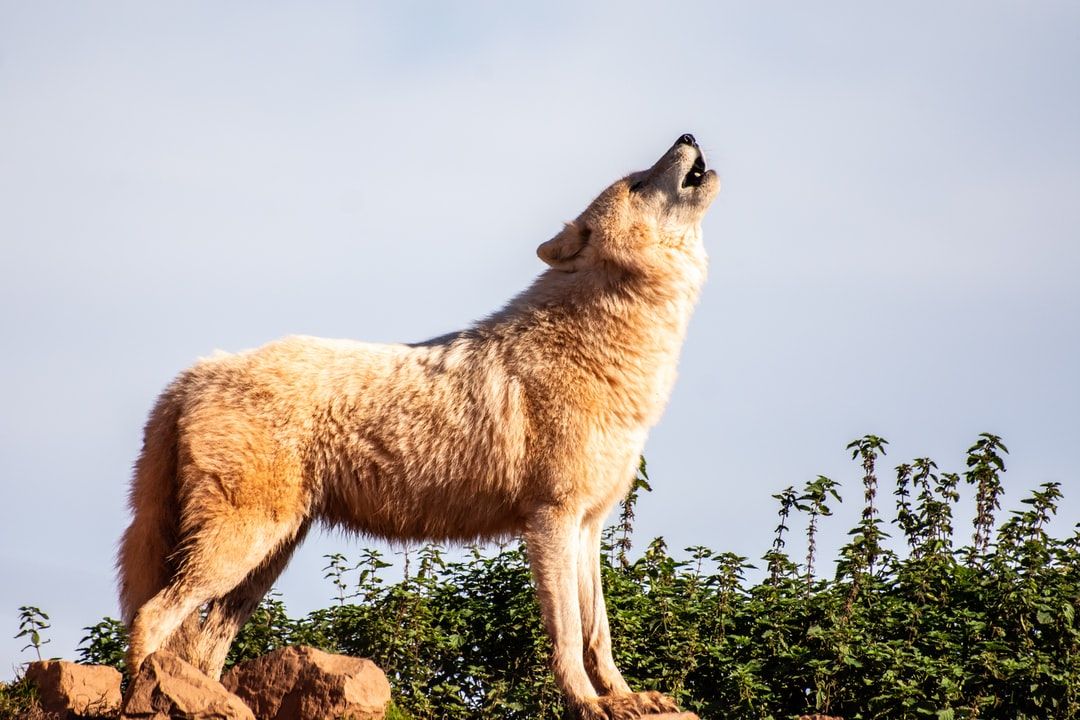 The myth of being the alpha is one of the most popular and arguably the most damaging myth to dog welfare. This myth originated from an old theory devised from studying captive wolves in the 1930-1940s, which was conducted by animal behaviourist Rudolph Schenkel. He hypothesized that these wolves were in continual competition with one another, as a means to seek a higher rank in the pack. He also claimed that only the aggressive behaviour of the Alpha male, maintained order and kept the pack in check. However, these studies all used captive and unrelated wolves in an artificial environment, which resulted in unreliable and flawed theories.

According to American Biologist David Mech (2000), who studied wild, related wolves over a period of 13 summers, claims these studies conflicted with the usual characteristics and behaviour of wolves. He stated that humans trying to extrapolate captive wolf behaviour to wild wolf behaviour and then to dogs, was the equivalent to using humans in refugee camps to study human family dynamics. It’s obvious the results would not be accurate because of the environment and unrelated members.

Since then, accurate studies of wild wolf packs have been conducted and have yielded completely different results to those conducted on unrelated captive wolves. David Mech, and many after him, have established that wild wolves in a pack are a family that consists of one mating pair and their offspring. So this myth has been long debunked by the very scientists that originally introduced it, nevertheless, there are many that just don’t want to let this myth go. 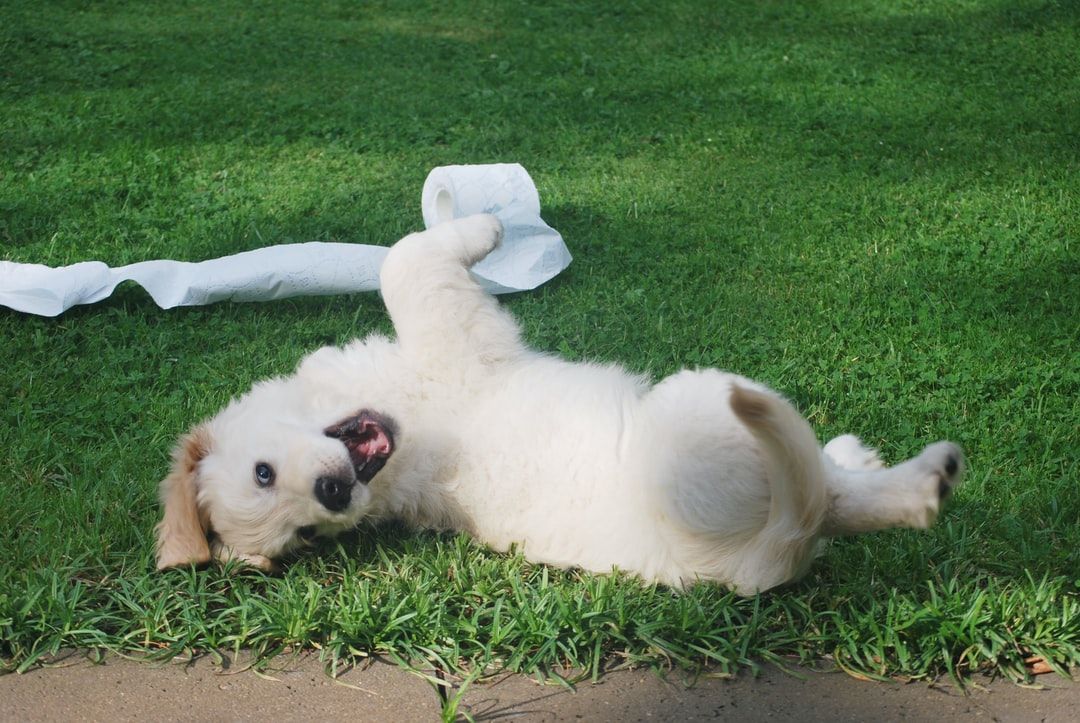 This myth is a surprising one but more widespread than you would believe. A dog walker recently told one of my clients, that any training during the 8–16-week period was a waste of time and that they should wait till their dog reaches adolescence. Such advice could be incredibly damaging for many reasons. Firstly, puppies go through two fear periods in their first year; the first of which is around 8-10 weeks and the second around 6 months of age. During these stages, they can be sensitive to new stimuli and develop phobias if kind training is not introduced. Secondly, once your puppy reaches 6 months of age, you are no longer teaching your dog how to behave and preventing unwanted behaviour, you are having to address and undo behaviour that is now ingrained. It is much easier to prevent unwanted behaviour than it is to address it.

Thirdly, if you wait to train your puppy, your expectations will be very inconsistent. For example, if you don’t teach your puppy to not jump up guests, they will constantly be rewarded for doing this and then be incredibly confused when you suddenly don’t allow it 6 months later. If we start training straight away, you can establish routines, house rules and what behaviour you want from your dog when they reach adulthood. This gives your puppy the best start and sets them up for success. 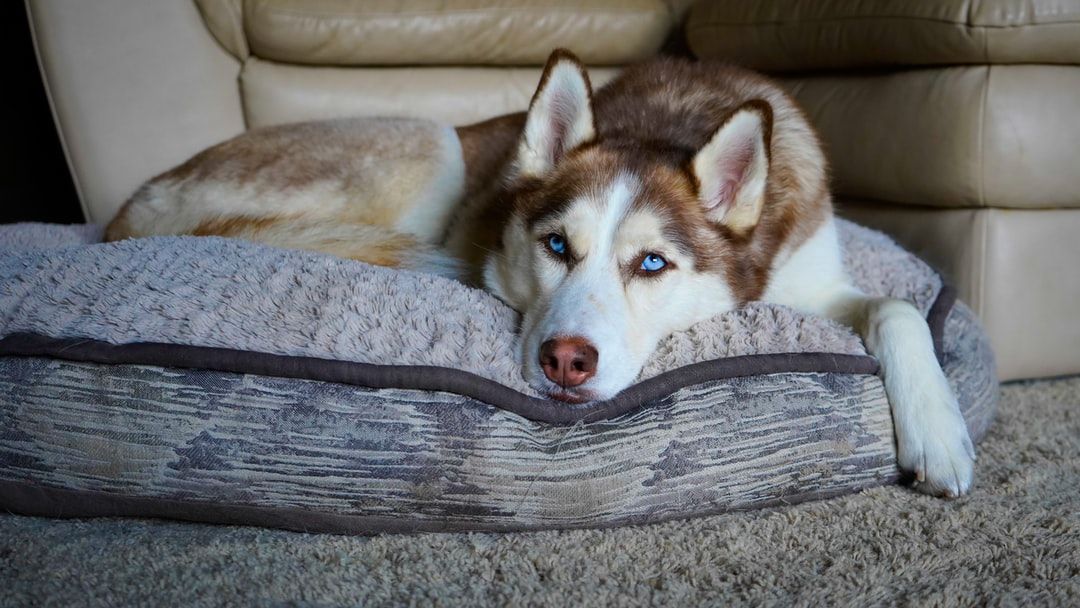 “Beliefs don’t change facts. Facts, if you're reasonable, should change your beliefs.”
Ricky Gervais
Dog training should be based on scientific fact and ethical principles, not personal beliefs that disregard canine welfare and development. Therefore, we owe it our dogs to weed out the falsehoods and use training that has their best interests at heart.
Canine Principles is home to many webinars and courses designed for both dog guardians and canine professionals alike. The skill hub is particularly beneficial for the public, as it has a vast library of webinars on a variety of subjects, all of which are written and presented by qualified canine professionals, providing you with peace of mind. If you would like to learn more about canine behaviour and dog training, please check out our Free Skill Hub Trial. This trial gives you free 3 days access to all the webinars and a selection of certificate courses.
Check Out Our CPD Accredited Online Canine Coaching Course HERE!

Latest From Our Blog

Training a dog who reacts
Being a good dog guardian
Dog trust
Aug 3, 2021

How To Build Your Dog's Trust In You!

Although we may not acknowledge it, trust is also an essential part of the relationships we share with our dogs and just like any relationship, our bond with our dog can also be broken as a result of our actions. With this in mind, this blog is going to consider how you can build your dog's trust in you.
Being A Good Dog Owner
Dog Wellness
Jul 30, 2021

Would You Save A Person - Or Your Dog?

One third of people chose their dog!

Get weekly updates on live streams, news, tips & tricks and more.
Thank you!

Remember To Enrol On
Your FREE Course

Accreditation
Canine Principles courses are externally accredited and have been reviewed by the accrediting body for quality and content.

Enrolled courses can be accessed anytime via the student dashboard. Once you are logged in to you account, select your course and you will be taken directly to the learning materials.

Course(s) not showing on dashboard
Skill-Hub courses are only available while there is an active subscription. Check your account to show the most recent payments and membership expiry.

Occasionally, students have more than one account as they have signed up for a free course or newsletter with a different email. Contact us using the form to solve this issue.

Email not recognised
Check all spelling is correct. Check the email account for previous correspondence from Canine Principles. If everything seems normal, contact us using the form to solve this issue.

Manage subscription
You can manage your subscription settings directly from your student account page.
Previous Study
We welcome students of any age*, education or previous experience. Occasionally, our courses will require some prior learning. This will always be made clear in the course description.
(*All students must be aged 18 years+)
Skill-Hub Subscription
Canine Principles Skill-Hub is a monthly/annual subscription learning service. Membership allows unlimited* access to all self-study courses, workshops and webinars. Some courses and workshops are exclusive to the Skill-Hub, including the Skill-Hub members area, including presentations, interviews and webinars from a variety of Canine Professionals.

The 3 day free trial requires credit/debit card details to begin. Your card will be billed automatically when the trial expires and every month subsequently.

You can manage your subscription here.
Student Location
We currently have students and graduates from over 30 countries worldwide. Online learning allows us to support all students, no matter where in the world you may be.
All courses are online study. You will not need to travel for assessments.
All Courses are written in the English language.
Ofqual course qualifications only apply to students from the UK.
Time Limits
Canine Principles offers both self-paced and time sensitive courses.

Self-paced - All CPD Diploma Courses, CPD Certificate Courses, Workshops, Webinars and Self Study Courses are completely self-paced learning with no deadlines for assessments or completion.

Ofqual Qualifications - All Ofqual courses inherit a 2 year registration period. The cost of registration is included with initial enrolment. When the 2 year registration period expires, students may re-register for a £70 registration fee.
Training Methods
Canine Principles pledges to teach only kind, force-free, positive methods that promote mental and physical well-being for dogs, in line with current scientific research. Our courses occasionally discuss the use of other training methods, with the intention of providing education in why these approaches are ineffective and harmful to learning.
Tutor Support
You will receive positive, personal feedback from Tutors who are always available to answers any questions and guide you through your learning experience. Tutors will respond to assessments within 48 hours (72 hours during weekends)

Students are also encouraged to support each other through built in student community and private Facebook Study Group. where discussions and new information are shared daily.

Ask Us A Question