Jun 7 / Sally Gutteridge
Likely one of the more intriguing aspects of dogs and men becoming companions is how this relationship first began. While it is unlikely that a hunter or gatherer who was out in the forest simply befriended a wild wolf and it took it back to live with their family, there are other more supported domestication scenarios.

One of the more popular theories as to how dogs became domesticated is that some early humans found a way to capture or adopt wolf pups and train them to perform jobs in their villages. While some wolf pups were potentially meant as family pets, many likely worked as guard dogs to protect the villagers and livestock if the village had other domesticated animals. More likely than not, the domestication of wild dogs become popular around the same time that agriculture became prominent across the world (Marshall, 2021). 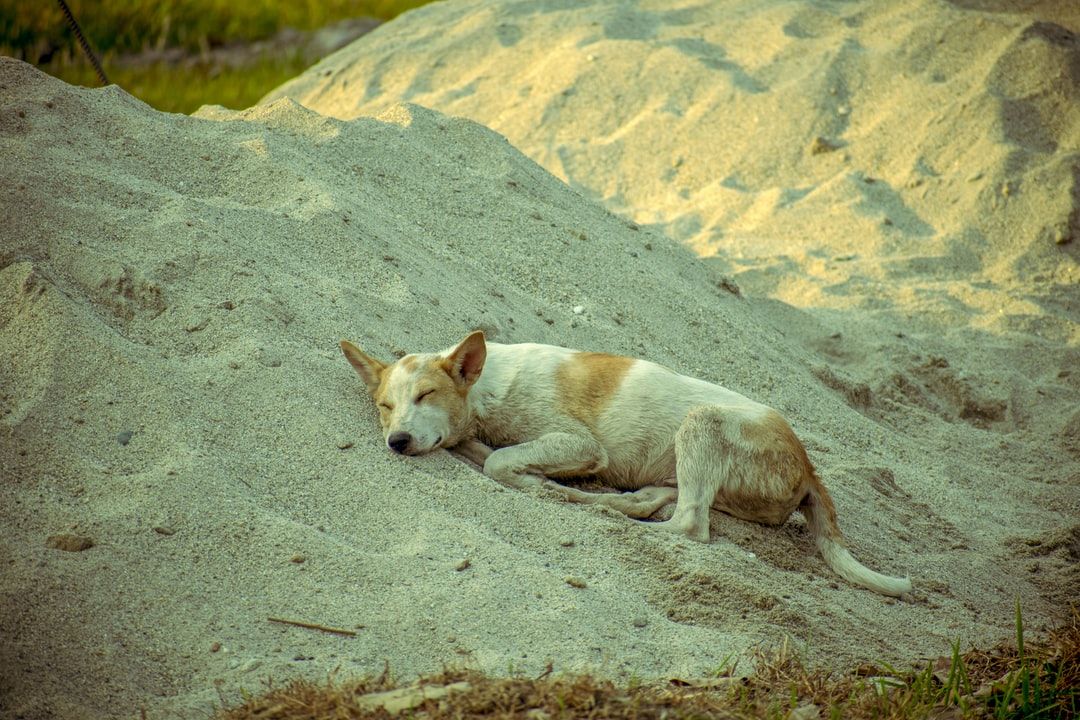 There are fossils of ancient, domesticated dogs that do corroborate this data, but there are even older fossils that indicate some ancient humans domesticated dogs even earlier than the beginnings of agriculture. In fact, some scientists believe that the domestication of dogs could be twice as old as agriculture itself.

As dogs became more integrated parts of ancient civilizations, humans likely became better companions with the dogs who are more friendly and social. While some scientists like to call this the “survival of the friendliest” concept because the dogs who got along better with the hunters and gatherers were likely the ones who were kept around (Handwerk, 2018).

Another odd phenomenon that occurs when animals begin to become domesticated his other physical characteristics start to change. It is well known that puppies, kittens, and other baby animals are seen as cuter, and thus people prefer to have them around.

As domesticated dogs became more domesticated during the hunter and gatherer period, the friendlier dog started to develop splotchy coats, floppy ears, curly tails, bigger “puppy dog” eyes, and other desirable features that are still seen in certain breeds of dogs today. This is because, for some reason, friendliness leads to these physical changes-- known as self-domestication—that can be seen after just a few generations of the domesticated animal.

Because of the process of self-domestication, it is more likely the dogs ultimately domesticated themselves versus the other way around. If the dogs were not social enough to interact with humans and get along as companions, it is unlikely that humans and wild canines would have become friends. But because humans and dogs ultimately got along so well, the domestication was, for the most part, natural. 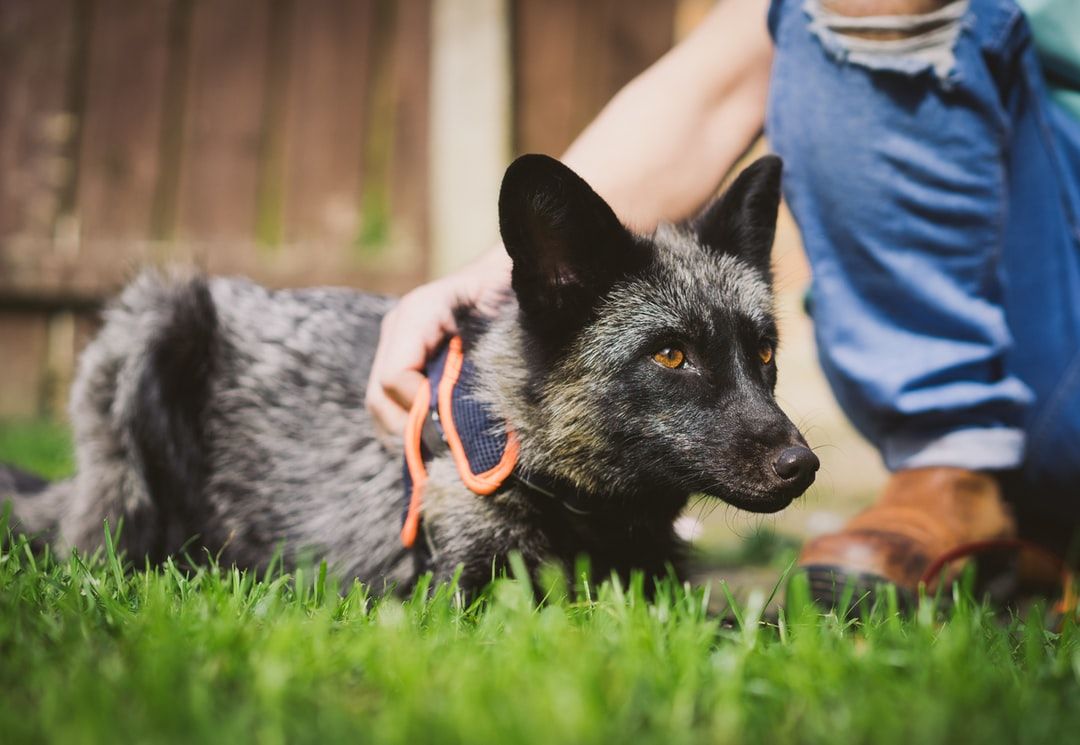 Yet, the more recent generations of domestic silver foxes have been undergoing the process of self-domestication. As foxes became closer to their human companions and humans began to see foxes as potential pets, the Russian foxes that accepted human interaction more have been bred to look increasingly cuter, and quite honestly, more like dogs (Dugatkin, 2018).

But even with extensive DNA evidence, we will never know exactly how dogs and humans became such close friends. We can only speculate how dogs and humans came to interact and form this companionship. Regardless of how humans and dogs became friends, it is clear that over the centuries dogs have helped humans in countless ways. However, we are only just now learning about how important this bond is between humans and dogs. 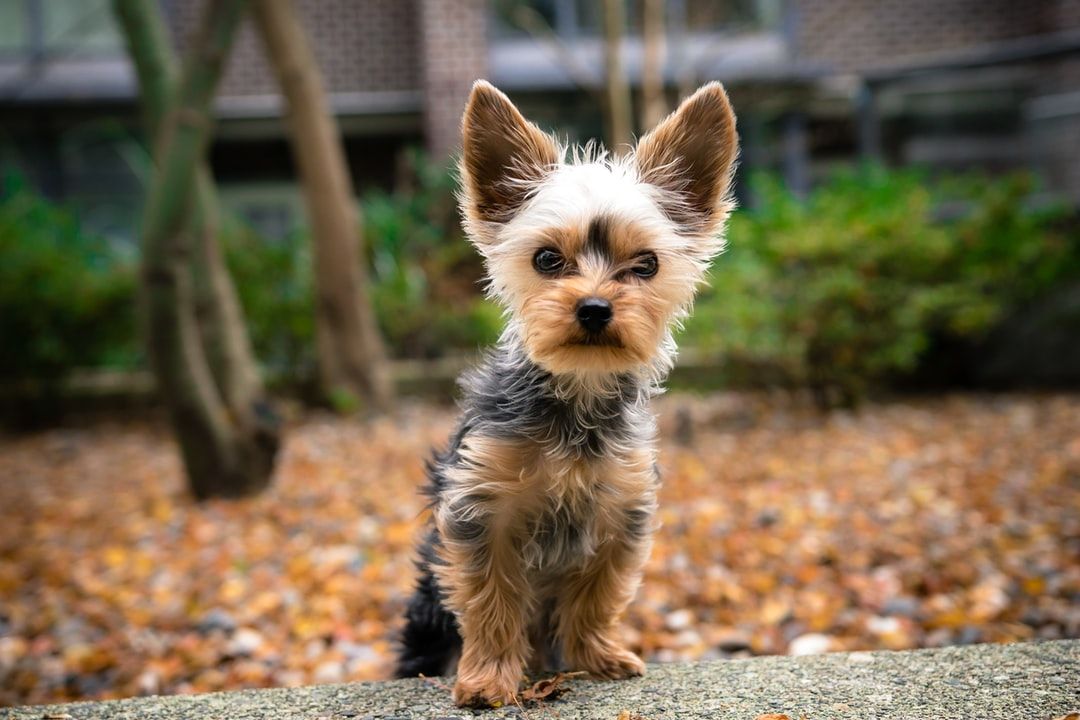 Over the years, dogs have served numerous different purposes. Dogs have guarded family households, become some of the most successful hunting companions, have served as support pets to royal families, protected herds of livestock, and have become such an important part of human relationships that many cannot picture life without their domestic dog.

Since their humble beginnings, humans, and dogs have become great companions. While over half of the population's households will have some sort of pet, over a third of those households will own a dog. Because of third of all households have a dog, dogs are in fact the most popular pet to have on the entire planet.

We should be incredibly grateful that the first humans to decide that dogs were worthy of our companionship approached the canines and became their friends. Because without dogs, the human experience will be missing out on a bond that can change their lives.
Check Out Our Canine Behaviour Professional's Diploma Course to Learn More

Get Your First Course FREE!

A FREE online workshop teaching how to train your dog not to pull you along on walks by using careful understanding and positive reinforcement through clicker training.

Latest From Our Blog

We Are Not Magicians

After years of dealing with their dog’s problem behaviours, guardians will often reach the end of their tethers. They are desperate for a quick fix that will make their dog easier for them to live with, so they call in a professional for help.
Dog Trainer
Training a Dog
Positive Reinforcement
Jan 6, 2022

5 Things Your Dog Trainer Needs You To Do

What can you do to improve your dog training and work alongside your trainer?
Trustpilot

Sign up today and  be the first to know about new courses, exclusive discounts and freebies
Thank You For
Signing Up.
Did You Remember To Enrol On Your
Free Course?

Remember To Enrol On
Your FREE Course

Accreditation
Canine Principles courses are externally accredited and have been reviewed by the accrediting body for quality and content.

Enrolled courses can be accessed anytime via the student dashboard. Once you are logged in to you account, select your course and you will be taken directly to the learning materials.

Course(s) not showing on dashboard
Skill-Hub courses are only available while there is an active subscription. Check your account to show the most recent payments and membership expiry.

Occasionally, students have more than one account as they have signed up for a free course or newsletter with a different email. Contact us using the form to solve this issue.

Email not recognised
Check all spelling is correct. Check the email account for previous correspondence from Canine Principles. If everything seems normal, contact us using the form to solve this issue.

Manage subscription
You can manage your subscription settings directly from your student account page.
Previous Study
We welcome students of any age*, education or previous experience. Occasionally, our courses will require some prior learning. This will always be made clear in the course description.
(*All students must be aged 18 years+)
Skill-Hub Subscription
Canine Principles Skill-Hub is a monthly/annual subscription learning service. Membership allows unlimited* access to all self-study courses, workshops and webinars. Some courses and workshops are exclusive to the Skill-Hub, including the Skill-Hub members area, including presentations, interviews and webinars from a variety of Canine Professionals.

The 3 day free trial requires credit/debit card details to begin. Your card will be billed automatically when the trial expires and every month subsequently.

You can manage your subscription here.
Student Location
We currently have students and graduates from over 30 countries worldwide. Online learning allows us to support all students, no matter where in the world you may be.
All courses are online study. You will not need to travel for assessments.
All Courses are written in the English language.
Ofqual course qualifications only apply to students from the UK.
Time Limits
Canine Principles offers both self-paced and time sensitive courses.

Self-paced - All CPD Diploma Courses, CPD Certificate Courses, Workshops, Webinars and Self Study Courses are completely self-paced learning with no deadlines for assessments or completion.

Ofqual Qualifications - All Ofqual courses inherit a 2 year registration period. The cost of registration is included with initial enrolment. When the 2 year registration period expires, students may re-register for a £70 registration fee.
Training Methods
Canine Principles pledges to teach only kind, force-free, positive methods that promote mental and physical well-being for dogs, in line with current scientific research. Our courses occasionally discuss the use of other training methods, with the intention of providing education in why these approaches are ineffective and harmful to learning.
Tutor Support
You will receive positive, personal feedback from Tutors who are always available to answers any questions and guide you through your learning experience. Tutors will respond to assessments within 48 hours (72 hours during weekends)

Students are also encouraged to support each other through built in student community and private Facebook Study Group. where discussions and new information are shared daily.

Ask Us A Question